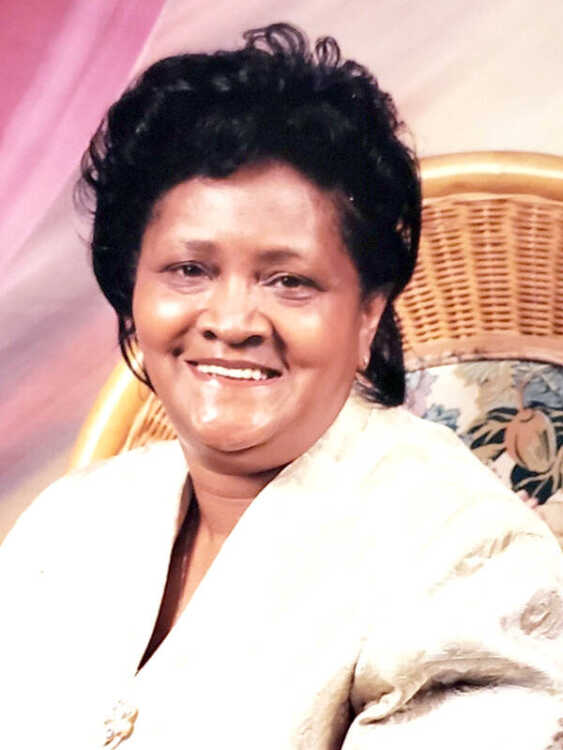 Minister Arlene Veasley Randolph was born March 16, 1935, in Tunica, Miss., to Albert and Annie Mae Jackson Veasley. She was the second of 10 children born to their union. She accepted Jesus as her Lord and Savior under the leadership of her father, Elder Albert Veasley, and served faithfully as an active member of Solomon Temple. Mrs. Randolph was a founding member of Loving Jesus Ministries under the leadership of Pastor Robert Parnell, Pastor Sam Nelson and presently Elder James Bragg. She was ordained as a minister while under the leadership of Pastor Robert Parnell and was a prayer warrior and stood firm on the word of God. Minister Randolph served as president of the Usher Board for many years, routinely having Monday night prayer groups in her home. Ministries were birthed through her devotion to God and young people in her community. She and her husband Robert were one of the first African American entrepreneurs in Osceola where they successfully owned and operated Randolph’s Groceries for 32 years.

She was preceded in death by her parents, Elder Albert and Annie Mae Jackson Veasley; her husband, Robert Randolph; and three sisters, Dorothy Boss, Amelia “Bobbie” Grey, and Mary Steinberg.

On Wednesday, Sept. 9, 2020, she closed her eyes biding farewell to her earthly home and gained her heavenly crown.

Private funeral services will be conducted at 12:00 noon at Promiseland Church of God in Christ, 2150 South U.S. Highway 61, Osceola. Superintendent Johnny L. Moore is the pastor. Elder Robert Parnell will deliver the eulogy with burial to follow at Whiteside Cemetery in Osceola.

A walk-through visitation will be held Tuesday, Sept. 15, from 10 a.m. until noon at the church.

In compliance with COVID-19 restrictions social distancing is required. Face masks are mandated to attend the visitation and funeral services.