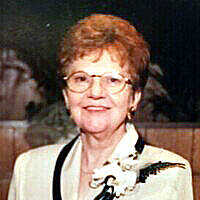 Jerry Lynn Veach, 85, of Manila, widow of Bobby D. Veach, passed from this life Thursday, Aug. 13, 2020, at the Manila Nursing Center. Born in Manila, she was the daughter of the late Tom Nick and Velma Wright and was a longtime member of the First United Methodist Church. She and her late husband had lived throughout the country during his military service and later settled in Natchitoches, La., for several years. Jerry Lynn returned to Manila in 1993. She was a former administrator for the Blytheville Nursing Center and an officer and partner in Veach, Brady, Edwards, Inc.

Due to the coronavirus pandemic all services will be private. The family prefers any memorials be made to Alzheimer's Arkansas, 201 Markham Center Drive, Little Rock, AR 72205 (or alzark.org for online donations). Friends may sign the online guest register at www.howardfuneralservice.com.