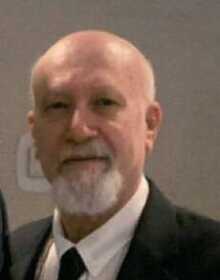 Howard was born in Los Angeles, California to Arthur Seymour Bass and Irene Feldman Bass. The family moved to Blytheville from Los Angeles in 1961. Howard was the owner and operator of Fosters Liquor Store. He was a member of Temple Israel and a life member of Beth Shalom Synagogue. Howard served in the US Army during the Vietnam Era and was a member of the American Legion. He was also a member of the Blytheville Chamber of Commerce and Main Street Blytheville. Howard was a former owner of Baskin Robbins. He liked riding horses, watching old war movies and westerns, and appreciated 60’s - 70’s music. His favorite book author was John Grisham. Howard was an avid wine taster, cigar aficionado and huge wrestling fan. He was an ardent fan of University of Southern California and the Los Angeles Dodgers. He treasured being an uncle to his nieces and nephews and was known for having many lifelong friends.

Funeral services will be private. The family will receive friends Tuesday, July 21st, 2020 from 5:00 p.m. until 7:00 p.m. at Cobb Funeral Home. In lieu of flowers, the family requests memorials be made to American Heart Association and American Cancer Society. Following the State of Arkansas COVID-19 guidelines, no more than 100 people will be allowed to gather inside of Cobb Funeral Home at one time and practice social distancing, keeping a 6-foot distance between one another. Face masks are required to enter the building. Condolences may be expressed to the family at www.cobbfuneralhome.com.