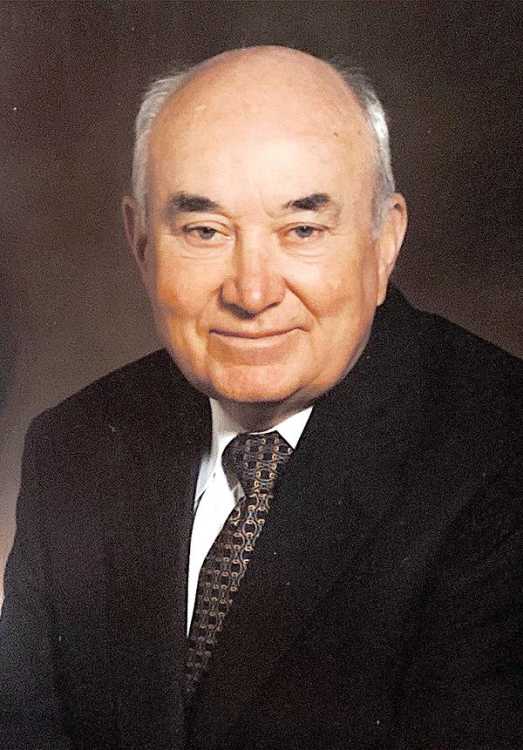 After a lengthy illness, our beloved husband, father, grandfather, and friend, Perry Adkisson, passed away peacefully June 25, 2020, at the age of 91.

Perry, the second of two children, was born March 11, 1929, to Robert (Luby) and Imogene Adkisson on his family’s cotton/soybean farm in Blytheville. He attended Armorel High School where he graduated valedictorian of his class of six.

He completed a B.S. Degree at the University of Arkansas in Agriculture in 1950. He was drafted into the U.S. Army in 1951 during the Korean Conflict and was discharged in 1953. He immediately enrolled in the University of Arkansas again and earned a M.S Degree in Agronomy in 1954. He earned a Ph.D. in entomology in 1956 from Kansas State University. He was a postdoctoral fellow at Harvard University. He received a Doctor of Letters from Texas A&M in 2001 for his work in integrated pest management (IPM). He held the faculty rank of Chancellor Emeritus and Distinguished Professor-Emeritus.

After a short stint at the University of Missouri, he joined the faculty of Texas A&M University’s entomology department in 1958, later serving as department head, deputy chancellor, and vice president for agriculture and renewable resources before being named Chancellor of the Texas A&M University System (1986-1990). Dr. Adkisson is the first person to be honored with all three of the world’s major prizes in Agriculture—Alexander von Humboldt Award, Wolf Prize, and World Food Prize. He was instrumental in developing what is now known as integrated pest management. Perry was a past President and Fellow of the Entomological Society of America and an elected member of the National Academy of Sciences. He served as Executive Director of the George H. W. Bush Library Foundation after retiring as chancellor.

During his career, Perry received 27 honors and gave 75 lectures. He served as a member or chairman of 39 committees including a Congressional appointment to the National Science Board of the National Sciences Foundation. He authored or coauthored 201 scholarly articles.

Perry leaves behind to cherish his memory his wife of 22 years Gloria R. Adkisson of Bryan and one daughter Amanda Adkisson and husband Bill Crockford of College Station. He also leaves behind two stepchildren, Melissa Ray and Michael Ray, and wife Brandy Ray and four grandchildren, Sara, Nathan, Madison, and Brooklyn, all of Benton, and one nephew Jimmy Adkisson of Blytheville.

Perry is preceded in death by his parents, his wife of 39 years Frances Adkisson, and his brother Jack Adkisson and wife Opal Adkisson.

If you wish to view Perry's service it will be live streamed July 3, at 3 p.m. It can be found on Memorial Funeral Chapel Bryan Facebook Page.

You may share fond memories and stories at www.Memorialfuneralchapel.com.