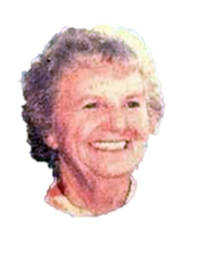 Ruth Virginia Halford, 86, of Gosnell, passed away March 29, 2020, at the Flo and Phil Jones Hospice House in Jonesboro. She was born in Blytheville on June 14, 1932, to Ollie Alton and Aretta Payne Alton. She joined Bethany Baptist Church in Gosnell in January 1987. She also attended Gospel Lighthouse Church.

Ms. Halford was a good cook. She retired from being a riverboat cook. She loved to travel, and spent most of her retirement traveling across the country in her RV meeting up with her travel club. She liked to ride bikes and had a great sense of humor.

She was preceded in death by one son, Terry Walker; one daughter, Ollieda Richardson; her parents; and one brother, Homer Alton.

A memorial service will be held in the future.

Carney Funeral Home is in charge of arrangements.

Condolences may be offered at carneyfuneralhome.com.