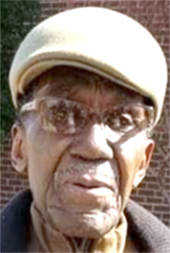 Clarence Aldridge “Uncle Junior” of Blytheville passed away Saturday, March 7, 2020, at Gosnell Nursing and Rehabilitation Center at the age of 91. He was born July 8, 1928, in Luxora to Clarence and Hattie Burte Aldridge.

“Uncle Junior” known fondly to his family and friends enjoyed softball, basketball, shooting pool, playing cards and dominoes, fast cars and living the American dream. In 1958 “Uncle Junior” moved to Lansing, Mich., and dedicated his service to the City of Lansing Public Works Department, retiring in 1986. Uncle Junior moved back to Blytheville after living in Lansing, Mich., 61 years, Jan. 10, 2019.

In lieu of flowers, the family asks that you would donate in honor of Clarence “Uncle Junior” Aldridge to the American Heart Association, 7272 Greenville Avenue, Dallas, Texas 75231 or to the charity of your choice.