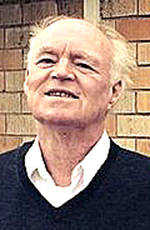 Garry Lynn Waddell, 69, of Manila, passed from this life Thursday, Jan. 30, 2020, at his home. Born in Blytheville, he was the son of the late Carroll and Delphia Irene Crouse Waddell and had been a lifelong resident of the Blackwater community near Manila. Garry was a 1968 graduate of Manila High School, had attended Arkansas State University and was a retired farmer. In addition to his parents, he was preceded in death by one brother, Lieutenant Larry Waddell, U.S. Navy.

He is survived by his children Greg, Shelly and David; one brother, Ricky Waddell; one sister, Genna Cochran; and nine grandchildren.

Funeral services will be 2 p.m. Monday, Feb. 3, at the Howard Funeral Service Chapel in Manila with Pastor Chris Jones officiating. Burial will follow in the Manila Cemetery. The family will receive visitors Monday from 1 p.m. until service time.