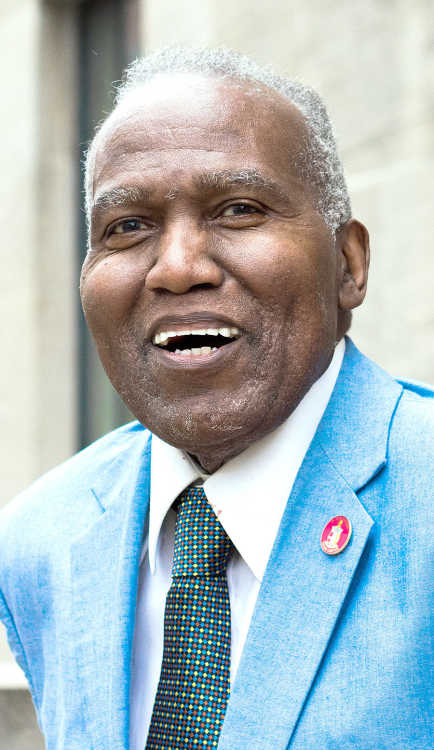 Rob was a proud veteran of the United States Marine Corps and life member of Kappa Alpha Psi Fraternity, Inc. and the National Bar Association. Rob retired from the Small Business Administration (SBA) as Chief Counsel for Ethics after over 45 years of service.

After being educated in the Blytheville School District, Rob matriculated to Michigan State University in East Lansing, Mich., where he received his Bachelor of Arts Degree. Rob was one of six men who became members of Delta Pi Chapter of Kappa Alpha Psi Fraternity, Inc. at Michigan State University in Fall 1963. The other five were John Frank Robertson, PhD; Michael Snipes; Ryland E. Melford, Jr., MD; the late James Garrett; and Hartford T. “Terry” Jennings, Sr.

Following college graduation in 1966, Rob attended American University Washington College of Law where he received his Juris Doctor Degree. In 1974, Rob enlisted in the United States Marine Corps Judge Advocate General Corps. As a military lawyer and Marine, Rob handled prosecution and defense matters in courts martial and served as the command legal assistance officer, providing legal advice on civilian matters to military personnel and their dependents. In the mid-1970s, Rob joined the Small Business Administration and worked in all divisions of the agency General Counsel’s office, including General Law, Finance and Litigation. After over 45 years of service, he retired from the SBA as the Chief Counsel for Ethics with responsibility for in-house counsel on ethics issues and Hatch Act advice. Rob was an avid and skilled tennis player and organized a competitive tennis league at the SBA for which he served as captain until his retirement.

He was preceded in death by his parents and brother, King Henry Nunn, IV.

Rob was proud of his family and loved showing them off and spending time with them. Rob is survived by his daughters, Robin Nunn and Lora Nunn, both of Washington, D.C.; grandchildren, Faris Nunn and King Nunn of Washington, D.C.; aunt, Gladys Armstrong of Chicago, Ill.; and a host of other loving family, fraternity brothers and friends.

Funeral services will be private.

In lieu of flowers, the family has requested that you send donations in Rob’s name at https://givingto.msu.edu/gift/?sid=7163 or via mail to: Michigan State University, 535 Chestnut Rd, Room 300, East Lansing, MI 48824 and write ”Robinson S. Nunn MSUBA Scholarship Fund (AF2320)” in the memo line.