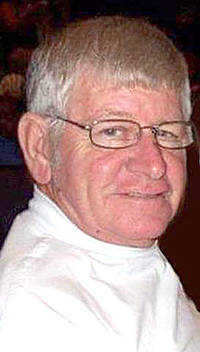 Billy Stabbs, 73, of Blytheville passed away Jan. 12, 2020, at Heritage Square Nursing and Rehailitation Facility. He was born in Blytheville on Aug. 17, 1946, to J.B. and Mary Ellen Overton Stabbs.

Billy never met a stranger. He had a gift of talking to people as if he had known them for years. In his younger years, he and his father-in-law spent many days riding horseback from Half Moon to Gosnell and back. He also had a passion for coaching baseball and taking several teams on to win district and state tournaments over the years. Billy was always on the go. A vacation with him was not a kick back and relax event. It was more of a see as much as you can see and not to spend more than two nights at the same place! He also loved riding his Honda Goldwing motorcycle. His biggest and best quality was having a big heart and doing things for others.

Billy was an electrician by trade and was a 50 year member of the International Brotherhood of Electric Workers Local 1516, where he served as the business manager before retiring.

Billy was preceded in death by his parents and wife, Iris Jo Gaines Stabbs.

He is survived by his son, Rex Stabbs and wife Yvette, of Tyler, Texas; his daughter, Dana Ham and husband Michael, of Blytheville; two grandsons, Colton and Garrett Ham, both of Blytheville, who he treasured and loved spoiling, wrestling and spending time with; two brothers, Bobby (Theresa) Stabbs and Jackie (Patsy) Stabbs; five nephews, Brandon Stabbs, Jason Stabbs, Brent Stabbs, Marshall Gaines and Martin Gaines; two nieces, Michelle Luttrull and Nikki Campbell; his IBEW Local 1516 brothers and a host of friends and family that will miss him dearly.

A special thank you to the staff at Heritage Square for loving and taking care of Billy and his family.

Funeral services will be held Wednesday at 6 p.m. with visitation from 4-6 p.m. at Carney Funeral Home with Bro. Max Briley officiating. Burial will be private.

In lieu of flowers, the family requests memorials be made to St. Jude Children's Research Hospital. Condolences may be offered at carneyfuneralhome.com.