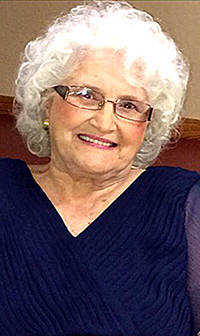 Marveline Hillhouse Weatherford, 93, of Manila, passed from this life Thursday, Jan. 9, 2020, at the Monette Manor Nursing Center. Born in Manila, she was the daughter of the late Robert Lee and Elsie Baggett Martin and had lived in Michigan before returning to Manila in 1972. She was a homemaker and a former member of the First Baptist Church in Manila where she taught a Sunday School Class and was active in the Woman's Missionary Union. She was a current member of the First Baptist Church in Caraway.

In addition to her parents, she was preceded in death by her husband, Mr. Jack Weatherford; one son, Freddie Hillhouse; two daughters, infant Judy Carol Hillhouse and Linda Jackson.

Funeral services will be 2 p.m. Sunday, Jan. 12, at the Howard Funeral Service Chapel in Manila with Pastor Rick Stevens officiating. Burial will follow in the Manila Cemetery.

The family will receive visitors Sunday afternoon from 1 until service time.