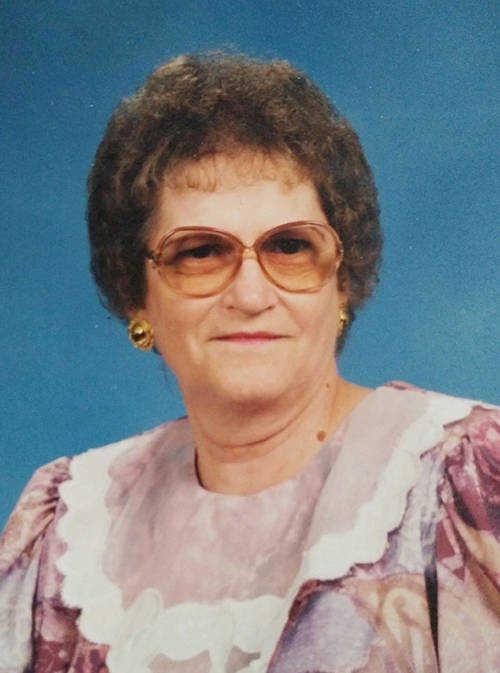 Susie Pearl Grisham, 87, gained her angel wings on Dec. 19, 2019, in Bandon, Ore. She previously had her home in Blytheville for 47 years. Pearl was born to James and Annie Smith on April 2, 1932, in Statesboro, Ga. She was preceded in death by her parents, and brothers, Wildon Smith, Paul Smith, and her one and only true love, Raymond “Arnold” Grisham. She met Arnold when he was stationed in Savannah and it was love at first sight. Pearl was a wonderful Christian woman. She loved working at Calvary Baptist Church as an assistant kindergarten teacher alongside her best friend, Joy Trantham, in the 1970s. She later worked in the jewelry department for Wal-Mart in the early 2000s. She was a previous member of the Parkside Extension Homemakers Club in Blytheville and loved to spend time at church and with her family. She moved to Bandon, Ore., in 2006. She enjoyed working at Ray’s Supermarket in Bandon, handing out samples in the deli department, but mostly she loved talking to all the people that came by. She loved to keep her hands busy with knitting and crocheting. Her favorite pastime was playing canasta, board games and any games she could play with her children and grandchildren.

Pearl was a loving mother and grandmother and to know her was to love her and her beautiful smile.