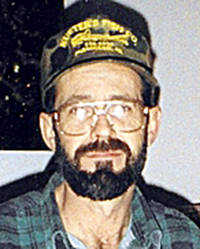 James "Carl" Davidson, 68, of Manila, passed from this life Sunday, Dec. 15, 2019, at Heritage Square Nursing Center in Blytheville. Born in Manila, he was the son of the late Leslie Everett Davidson and had been a longtime Manila resident.

Carl was a 1969 graduate of Manila High School and had attended Cotton Boll Vo-Tech in Burdette before joining the U.S. Navy, serving in the Vietnam War. He was a former self-employed farmer and had worked for Unitek Tooling Corporation of Blytheville. He enjoyed hunting, fishing and being outdoors.

In addition to his father, he was preceded in death by his daughter, Jennifer Davidson in 1993.

A memorial service was held at 6 p.m. Thursday, Jan. 2, in the Howard Funeral Service Chapel in Manila with Reverend Bobby Austin officiating. The family received visitors one hour before service time.