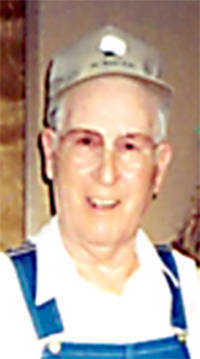 James D. Butler, 101, of Hot Springs, formerly of Leachville and Star City, passed from this life Tuesday, March 12, 2019, at the CHI St. Vincent Hospital in Hot Springs. Born in Palmyra, he was the son of the late John and Thelma Vivian Tucker Butler and was raised in the Palmyra and Star City areas. At an early age, he moved to Dyess Colony and worked as a sharecropper before joining the U.S. Army. He served in the U.S. Army Medical Corps during World War II, the Korean War, and the Vietnam War. Following his military service he worked several years for the civil service as a dental technician and later in the same capacity for Basil Gibbs, DDS in Star City. Later in life he enjoyed working part-time for Shannon Chevrolet in Star City. James had been a Leachville resident for the past 13 years, where he attended the First United Methodist Church, before recently moving to Hot Springs.

In addition to his parents, he was preceded in death by his wife, Stella Stanziola de Butler, and two daughters, Marsha and Wendy.

Funeral service will be 2 p.m. Thursday, March 14, in the Howard Funeral Service Chapel at Leachville with Rev. Jason Sutfin officiating. Burial will follow in Leachville Cemetery.

The family will receive visitors Thursday from 12:30 until service time at the funeral home.

The family prefers any memorials be made in honor of James Butler to The Arc Northwest Mississippi (Autistic Foundation), 5699 Getwell Rd., Building G Suite 1, Southaven, MS 38672.