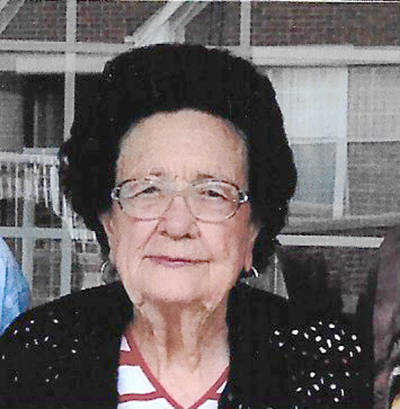 Omega Virginia "Trig" Decker, 97, of Manila, widow of Amos Decker, passed from this life Saturday, Feb. 16, 2019, at the Arlington Cove Healthcare Center in Trumann. Born in Manila, she was the daughter of the late Balius and Earle Scott Berry and had been a lifelong area resident. A 1939 graduate of Manila High School, she had been a bookkeeper for various farmers in the Manila area and had worked at Merchants & Planters Bank for over 20 years. After leaving the bank she started Decker Insurance Agency in Manila and also served as the secretary/treasurer of the Manila Cemetery Association for 48 years. She was a longtime member of the First United Methodist Church in Manila where she served many years as church treasurer. She was a past president of the Methodist Women's Association for 20 years and served as treasurer on the district level. She loved to travel and was proud of the fact that she had traveled to 49 of the 50 states in America, including a 26 day bus tour of Alaska. (Hawaii was the exception.) She also enjoyed camping and crappie fishing.

In addition to her parents and husband, she was preceded in death by two nieces.

Funeral services will be 11 a.m. Wednesday at the Howard Funeral Service Chapel in Manila with the Rev. Tony Huffman officiating. The family received visitors Tuesday evening from 6-8 at the funeral home. Burial is private.