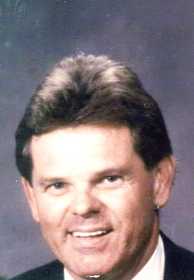 He was preceded in death by his parents, Geraldine and Elbert Ross, as well as one brother, Richard Ross.

Bill leaves a legacy of church involvement. He was committed to civic and professional involvement as well. As a young adult, Bill became a member of the Disciples of Christ (First Christian Church) in Blytheville. He served as a deacon and Chairman of the Board and, he was Trustee of the Church until he became too ill to serve.

He was born and reared in Blytheville and graduated from Blytheville High School in 1958. He left Blytheville in 1962 to attend the University of Arkansas. Mr. Ross graduated from the University of Arkansas Law School in 1968 with a Juris doctorate Degree. While in law school, Bill served as Editor of the Arkansas Law Review. He was named outstanding law student his senior year as well as President of Phi Alpha Law Fraternity.

Civic involvement was something Bill took pride in and enjoyed. His passion was being involved in the founding of Mississippi County Community College, later named Arkansas Northeastern College. He was an original member of the MCCC steering committee. His profound belief that Blytheville and the surrounding area should have access to a college education and vocational training fueled his passion. He served as board chairman and was a member of ANC Board of Trustees for seventeen years.

Memorials may be sent to First Christian Church.

The family wishes to thank First Christian Church and our officiating ministers, our family and friends for their love and support. We would like to thank Dr. Ron Smith and Dr. Arshad Abdullah for their care. The family is grateful to River Oaks Care Center in Steele, MO and Melissa, and the entire staff who cared for our loved one with such love and compassion. The family would also like to extend a special thank you to Matt, a terrific helper, and friend.