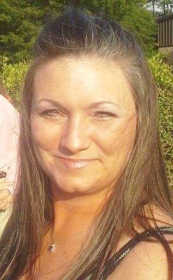 Gina Maria Lenox Johnston, 40, of Manila, passed from this life on Wednesday, Sept. 5, 2018, at Great River Medical Center in Blytheville. Born in Tucson, Ariz., Gina lived in Jonesboro and Bay before moving to Manila eight years ago. She worked in the Produce Department at Farmers Market in Manila and was a Christian. Gina was a country girl and enjoyed flower gardening and fishing, but most of all she loved being with her family, children and grandchildren. Gina had a big heart and her love knew no bounds and she is loved by so many.

Gina was preceded in death by three grandsons, Alex Watts, Will Watts and Braxton Watts; a brother, Richard Springston; and her grandparents, Joseph and Isabell DeCarlo.

Survivors include her husband, Nelson Dennis Johnston, II, of the home; her parents, James and Dorothy Lenox of Jonesboro; three sons and daughters-in-law, Frisco James Lenox of Manila, Nelson Dennis, III and Jessica Johnston of North Carolina and Jacob Kit and Makayla Johnston of Manila; three daughters and son-in-law, Taylor LeeAnn and Matt Watts of Wynne, Elizabeth Dyann Johnston (Boyd Wilbanks) of Leachville, and Lillian May Johnston of the home; three brothers, William Lenox of Calico Rock, Jessie Lenox of Jonesboro and Jason Seager of Kansas; her mother-in-law, Theresa Martin of Bono; three sisters-in-law, Marie Merrill and Evonne Butler, both of Jonesboro, and Renee Hutchison of Saffell; six grandchildren, four nieces and one great nephew.