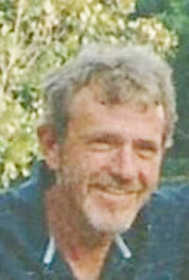 David Anthony “Tony” Harrington, 60, of Gosnell passed away at his home on Tuesday morning. He was born in Holland, Missouri to Clyde Vester Harrington and Mildred Olivia Greene Harrington on June 5, 1958. He attended The Connection Church.

He was a people person which helped while he campaigned for Dave Wallace for Senator. He enjoyed being on the campaign trail and meeting people. He never met a stranger! He always had a smile on his face. He was a caring person, always glad to help others in need.

He was a professional painter by trade, commercial and residential. He also used to drive a medical van to get people to their doctor appointments or dialysis treatments in Little Rock, Memphis, and Jonesboro. He knew shortcuts so even when traffic got backed up he was able to get the patients to their appointments on time!

He was a grill master! Loved cooking out and enjoying time with family and friends. He loved to go fishing with his friends.

He is survived by his wife, Sharon Greer Harrington, the love of his life for 23 years;

And other friends and family members that will miss him dearly.

Memorial services will be Saturday, August 11th, at 3:00 p.m. in Carney Funeral Home Chapel with Bro. Tim Fulks and Senator Dave Wallace officiating. Visitation will begin at 2:00 until service begins. Condolences may be offered at carneyfuneralhome.com.