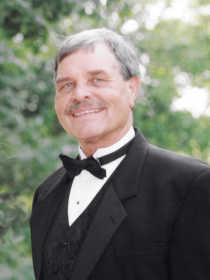 Preston loved fishing but loved eating fish even more. He had a passion for cars, working on, buying, selling, bartering, driving, and talking about them. He could name any make, model, and the year it was made. He was equally comfortable making a living from using his hands or his wits and intelligence, having careers from selling door-to-door products to car sales, winning awards and trips to far off places, to finishing up his working days building and remodeling homes through his company, Lawrence Construction that spanned over 15 years. He cherished “Cousin Camp” when his grandchildren would spend a month with him every summer. He loved taking them fishing and cleaning fish for hours. Every Fourth of July, he enjoyed his family reunion in Arkansas where he was known as “Sonny”. Preston was one of those people that could figure anything out, a jack of all trade, whether it was filing his personal and business taxes or building an 80’ pier in Mobile Bay for a client, he inherently and patiently knew how to simplify any project or task and do it right.

Preston’s remaining wishes were to be cremated and his ashes spread into Mobile Bay via the Dog River Bridge. A date and time for this event will be determined at a later date.