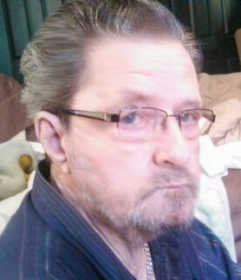 James Fred Duke of Blytheville was born August 16, 1938 in Lexington, Tenn. to the late Elmer Duke and the late Thelma Rogers Duke. He was a Master Tech in automotive body repairs. Mr. Duke passed away on May 16, 2018 at Great River Medical Center in Blytheville at the age of 79. He is preceded in death by his parents, his wife Hilda Jane Elvington Duke, one daughter Jan Moore and two brothers Ronnie Duke and Roger Duke. He is survived his son James Brian Duke of Blytheville, two daughters Lisa Ann Tice of Moscow, Tenn. and Angela Denise Parrish of Eads, Tenn., one brother Noble Duke of Lexington, Tenn., one sister Patsy Eason of Bentonville, fifteen grandchildren, a host of great-grandchildren a host of other relatives and many friends. Services provided by Wilson Funeral Home of Blytheville.