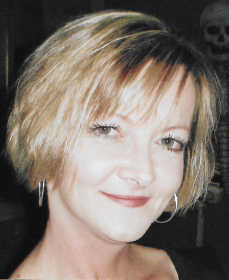 Debra Kaye Chamberlain, 54, of Leachville, passed from this life Wednesday, May 2, 2018, at her home. Born in Michigan City, Ind., she was the daughter of the late Charles E. Chamberlain and had been a Leachville resident the last three years. She was a 1980 graduate of the Christian Academy in Jonesboro and was a member of the Jonesboro Worship Center.

In addition to her father she was preceded in death by a son, Kyle Banks, and a brother, Rodney Eason.

Funeral services will be at 2 p.m. Monday, May 7, in the Jonesboro Worship Center, 1507 E. Matthews, Jonesboro, with the Rev. Marty Spurlock officiating. Burial will follow in the Pine Log Cemetery near Brookland under the direction of Howard Funeral Service in Leachville.

The family will receive visitors Monday from noon until service time.