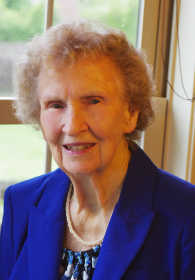 Delphia Irene Waddell, 94, of Manila, widow of Mr. Carroll Waddell, passed from this life Friday, Feb. 9, 2018, at St. Bernards Medical Center in Jonesboro. Born in Manila, she was the daughter of the late Charley and Mary Parker Crouse and had been raised in Manila. A 1943 graduate of Manila High School, she had worked for McDonald Douglas Aircraft in St. Louis, Mo., during World War II. Mrs. Waddell enjoyed cooking, gardening and was an accomplished seamstress. She was a longtime member of the Blackwater Baptist Church near Manila.

Funeral services will be 2 p.m. Tuesday, Feb. 13, at the Howard Funeral Service Chapel in Manila with the Rev. Chris Jones officiating.

The family will receive visitors Tuesday from noon until service time.