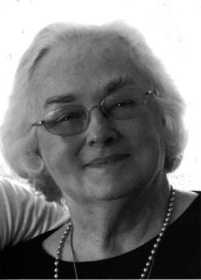 She was born in Osceola to William Joshua Driver, Jr. and Peggy Fox Driver. Peggy Jane attended Gulf Park College for Women in Gulfport, Mississippi. Later she was a Kappa Kappa Gamma at the University of Mississippi as well as a member of the PEO sisterhood.

Her passions included: music, dancing, singing, and most importantly FOOTBALL (especially the SEC!!!)

She was preceded in death by her first husband and father of her children, Milton Lloyd Godley and her second husband, Robert Earl Grady.

Private services were held under the direction of Johnson Funeral Home in Lake Charles, Louisiana.

The family requests that any memorial donations be made to the charity of your choice in honor of Peggy Jane.

Words of comfort to the family may be expressed at www.johnsonfuneralhome.net.