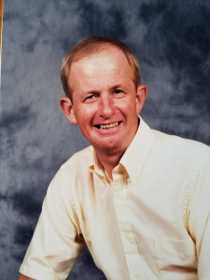 Mr. Jerry Lee Potter, age 72, of Blytheville, passed from this life on Tuesday, July 18, 2017 at the Flo and Phil Jones Hospice House in Jonesboro. Born in Blytheville, he was the son of the late Leon and Marjorie Nix Potter and a 1962 graduate of Blytheville High School. He was the retired owner/operator of the former Raceway Convenience Store on I-55 near the Steele, Mo. exit. He later was employed as a meat cutter for Hay's Supermarket in Blytheville. Jerry was a longtime member of Immaculate Conception Catholic Church in Blytheville.

In addition to his parents he was preceded in death by his wife, Joyce Fountain Potter (in 2010); one brother, Jimmy Potter; and one sister, Cynthia Doherty.

A graveside service will be held 11 a.m. on Thursday, July 27, 2017, at the Leachville Cemetery under the direction of Howard Funeral and Cremation Service of Leachville. Online guest register at www.howardfuneralservice.com.