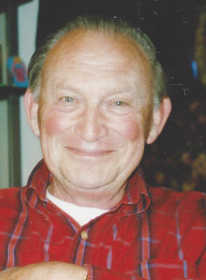 Donald Weaver, 72, of Mountain Home, passed away Thursday, July 6, 2017, in Mountain Home. He was born Sept. 19, 1944 in Reyno, to Juddie and Charlene Holman Weaver. He was a veteran of the Army Reserve for 19 years and the Air National Guard 188th Tactical Fighter Group known as the “Flying Razorbacks” out of Fort Smith for five years. He served as principal at Manila Middle School, Trusty and Morrison Elementary Schools in Fort Smith, Arrie Goforth Elementary in Norfork and Rose Bud Elementary School.

He is survived by his wife of 50 years, Freda Foster Weaver of the home; one son, Brent Weaver (Melissa) of Mountain Home; two grandchildren, Kristen Miller (Dustan) of Midway and Brandon Weaver of Mountain Home; one brother, Charles Weaver (Mickie) of Omaha, Ark.; one brother-in-law, Jerry Foster (Linda) of Vilonia; his beloved dog, Phoebea, and cat, Blue.

He was preceded in death by his parents; one sister, Pat Weaver, and his mother-in-law and father-in-law, Joe and Winona Foster.

An online guestbook and obituary are available at www.connerfamilyfuneralhome.com.