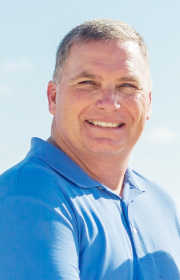 Monette -- Michael Dean Wallace, 55, departed this life on Thursday, Oct. 27, 2016. He was born April 4, 1961, in Jonesboro to Paul Dean Wallace and Mary Miller Wallace who survive him. He was raised in the Delfore Community northeast of Monette.

Mike was a faithful Christian man and was an active member of the Monette First Baptist Church. He was an honest hard working family man whose grandchildren called Popa. He started farming at an early age and his family will continue the legacy of Wallace Farms. Mike was a hands on farmer, working side by side with his employees who were like family. With the ever changing technology in the farming industry Mike, with the help of Bradley, embraced the changes. But with this technology he never forgot the basics, to love your neighbor, be a good steward of the Land, honesty and hard work. Mike has been a role model to many younger farmers. As a teen Mike was honored as Star State Farmer in the FFA and has lived up to that honor.

Mike loved spending time with his family and friends. He will be remembered for his loving smile, firm handshakes and big hugs.

A celebration of Mike's life will be held at 10 a.m. Friday, Nov. 4, at Monette First Baptist Church with Rev. Rusty Bird and Dustin Finch officiating. Interment followed at Monette Memorial Cemetery under the direction of Gregg Funeral Home of Monette.