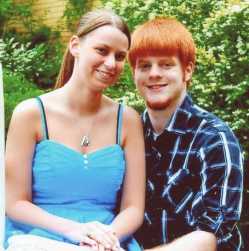 Born December 5, 1993 in Blytheville to Jeff and Krista Stewart of Osceola, he was employed as an aviation mechanic at Dassault Falcon Jet in Little Rock.

He was of the Baptist faith and is survived by his wife: Kim Stewart;

One sister: Rebekah Landry of Osceola;

Two brothers: Stephen Landry and Logan Landry, both of Osceola;