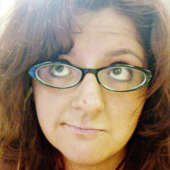 Shannon Spears is a staff writer for the Courier News.

Noted political scientist and Brookings Institution fellow Thomas E. Mann once said that American politics are characterized by a decline in variety of competition and "a growing ideological polarization between the two major political parties." It has been interesting to note commentary by modern talking heads on this topic, which any average voter or consumer with a modicum of common sense could notice themselves - the American public is becoming increasingly and more passionately divided on seemingly every major issue.

In every arena touched by politics - social, fiscal, and foreign policy - voices have grown louder and more condemning, while gaps between two polar opposite views grow ever larger. Each side accuses the other of bigotry, hatred and narrow-mindedness, while heels are dug ever deeper into the fertile ground of our public consciousness through social media and the 24-hour news cycle.

It is rare that we are given the opportunity to view a cross-section of small communities like our own when it comes to larger national and even statewide issues - each person tends to run within a circle of like-minded individuals. This is why the CN has, over the last few months, been focusing its web-based polls on political issues which we know to be particularly controversial. While our polls are in no way scientific, they do give an insight into at least the part of our community which frequents a news site.

A few local/regional issues have been thrown into the mix with "bigger" news issues, and the results have shown us that the polarization of the country does not appear to be just a conception thrown at us by the media.

Readers of the Blytheville Courier have demonstrated widely varying views on a number of issues:

When asked about their views regarding the recent Supreme Court ruling in favor of same-sex marriage, CN readers were split between the views that this was a positive move, and being absolutely against it, with a smattering of votes which said that they didn't feel the government should be regulating marriage at all.

Another issue which received nearly the same number of votes on both opposite sides was that of weapon open carry. Just as many cast a vote in favor of openly armed citizens as voted that the last thing our society needs is more guns.

The most polarizing of recent polls was one regarding the existence of racism in the modern south. A near even split of voters chose that they had experienced racism first hand, and that racism was an issue that shouldn't even be discussed any longer.

On a local level, polarized views regarding Mayor James Sanders's recent proposition of a new sales tax to support the city have also surfaced. As of Wednesday afternoon, 35 percent of voters were strongly in favor of the tax, while 47 percent were strongly against it. Only time will tell whether or not Sanders will be able to gather up the support he needs to get this issue passed on any ballot, be it special election or November 2016's general.

Which side will prevail in these controversy-fraught issues is anyone's guess, but the sure bet is that each side will continue to shout loudly about progress or the safety of the American lifestyle being held back by their opposition. We're led to wonder, however, what actual percentage of the American public is represented by these polarized views? Is it not possible that those who hold more moderate views are the ones who tend to keep silent? Or that those who do not frequent newspapers or news stations simply care less about current issues which don't seem to affect their lives directly? Regardless of the answer to these questions, it is the ability of this nation to maintain its "melting pot" identity, its ability to offer each person and their views a comfortable place to breathe and grow, which has long been its strength and should be again.

More from this columnist · Shannon Spears