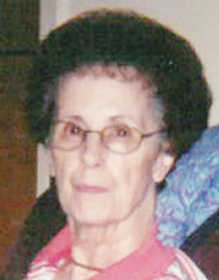 Bonita June Garner, 81, of Blytheville, passed from this life Thursday, May 7, 2015, at the Flo and Phil Hospice House in Jonesboro.

Born to Lloyd and Bertha Forshee Poff, Bonita was bookkeeper, and also worked as a cotton classer for several years. She was a member of Lone Oak Missionary Baptist Church. Gardening and cooking were a few of her hobbies. She loved spending time with her family, especially her grandchildren and great-grandchildren.

She was preceded in death by her husband, Bobby Roland Garner Sr.; her parents; and five brothers.

A brother, Rodney Poff of Gosnell;

Funeral services will be held at 10 a.m. Tuesday in the Cobb Funeral Home Chapel with the Rev. Mitchell King Jr. officiating. Burial will follow at Dogwood Cemetery. The family will receive friends from 5-7 p.m. Monday at the Funeral Home.