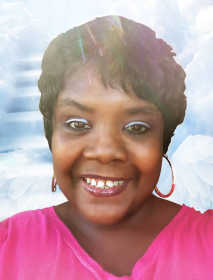 Born Nov. 16, 1968, to the late George White and Johnnie B Whitley White, she was preceded in death by her parents and brother, George White Jr.

Survivors include her son, Anthony White of Dallas (Ulivia);

Her grandchildren, Saniyah White of Kansas City and Anthony White Jr. of

Her nieces, Davinity White, Morgan White and Lamiah White; and

A nephew, Lamont White (Eddie); and

Aunt Pie and a host of cousins and close friends.

A memorial service will be held at 3 p.m. Saturday at Wilson Funeral Home, 1020 S. Division Street in Blytheville.