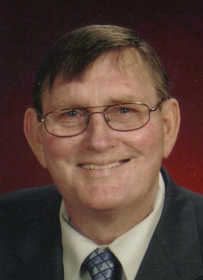 Born in Blytheville to John George and Lorene Hulsey Hardesty, he attended Armorel schools, where he played and excelled in basketball. He retired as a self employed carpet installer and was an avid flower gardener and won "Yard of the Month" multiple times. He was devoted to his Shih Tzu, Bogie.

In addition to his parents, Vernon was preceded in death by his first wife, Mary Britt Hardesty; a son, Johnny Hardesty; and two brothers, Billy Joe Hardesty and Woodrow Hardesty.

He is survived by his wife, Martha Rose Hardesty, of Maumelle;

A son, Keith Hardesty and wife, Jennifer, of Gosnell;

A sister, Barbara Jean Wallace, and husband, Earl, of Blytheville; and

Funeral services will be held at 11 a.m. Friday at Immaculate Conception Catholic Church in Blytheville, with Father Tom Marks officiating. Burial will be in Elmwood Cemetery. The family will receive friends from 6-7:30 p.m. today at the church. Rosary will follow at 7:30 p.m.