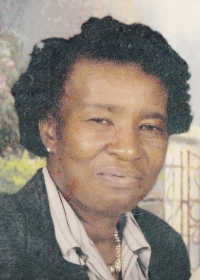 Mary Ann Flenoid was born June 3, 1946, in Eudora, to Elizabeth Lee and Ira Flenoid. Mary confessed a hope in Christ at an early age. After the death of her father, Mary Ann went to live with her Aunt Hattie and Uncle Elijah in Louisiana while her brother went to live with their Aunt Mary in California. When Mary's cousin moved to Blytheville in the late 1960s Mary decided to follow in her footsteps. Mary had been a resident of Blytheville for more than 40 years.

During her stay in Blytheville, Mary was a civil servant working at the Blytheville Air Force Base, Borg Warner, Blytheville Nursing Home, Price Chopper and lastly the City of Blytheville where she worked until she passed. She was also an Eastern All Star of Arkansas and a member of Bethlehem Temple Church of God in Christ.

Anyone who knew Mary Ann knew she was hard working, kind and a giving person. She had much love for her family and friends. She was an activist in the community having served in the mayoral campaign and the President of the Usher board at her church.

Those awaiting her arrival in Heaven are her parents; one son, Billy Durden; and one brother, John Flenoid.

Two special close friends, Fannie Burks and Leola Jackson, as well as many other friends and co-workers who were touched by her guidance.

A memorial service will be held from 1-2 p.m. Wednesday at Mt. Moriah Baptist Church, 920 Lake St. in Blytheville.

The Durden, Smith and Hall families would like to thank you for all of your prayers and support during this time of bereavement.